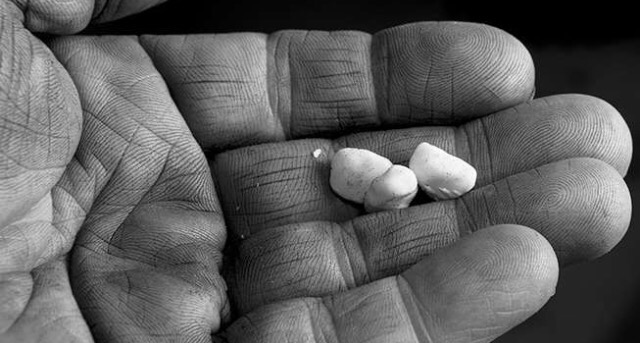 You Want a Hit of this “Crack Like Baby?” @www.therealwil.com”I’m mad at you,” said the voice on the other side of the phone. Why? I replied. I’m sick of you and you get on my nerves. Wait a minute. What did I do? Was it something I did or said? No, it’s what you didn’t do. I am racking my brain trying to land on what I have or haven’t done to make this person so angry and hurt. She said, “You never like my posts, and I know you see them.” After a long pause and being relieved that is wasn’t anything life ending, abusive, or against the law, still stunned I sit wondering how could the absence of my “lack luster like” mean so much to someone. Out of approximately 1.44 billion people on Facebook watching, really? I’m thinking to myself, why not alert me that you posted it or better yet send it directly to me? Why throw a piece of paper up in the air in Jersey and get angry why I don’t catch it in Indiana? Especially when you didn’t tell me you were flying it.

It dawned on me what this person was dealing with, I call it O.O.P.A. or they were in need of a hit of what I call the “Crack like.”

It’s a side effect that comes from posting on Social sites. I am so glad this came to mind because I just finished a post I called, “Push That Button.” A blog whereby I talk about the courage, confidence, and faith you need to post, and the need this awaiting world has for what you have to say.

Now I know that not only do others have symptoms of O.O.P.A., but I am showing signs. Around five this morning, something happened. My good friend for over twenty years did something that changed my life forever. He liked a post of mine. I was blown away. I’m not sure what made his like so special? Was it because of who I highly esteem and respect him to be? Is it the honor of such a special person on his level taking the time to read and like my post? Like the person who was angry with me, I too was mad at him and others. It’s crazy how 1.44 billion people can read and like your post but if certain people don’t, we get angry. Maybe it’s the desire to be respected by people respect? I desire to be considered legit by those in whom I consider legit. In short, what some people think truly matters to us or we are becoming mor and more addicted to the “Crack like.” I think my O.O.P.A. is kicking in.

I’ve been mad at my friend for a long time because he never likes any of my post, and I thought I’ve made some pretty good ones. Now, I know som of my post have been edgy and of course I don’t expect everyone to walk the plank of abstract thought with me, but to not like any of them, it feels like rejection, to the person with OOPA. Not “liking” a post is not the same as me refusing to “like” a post. If I don’t “like” a post, it doesn’t mean I don’t like it. IT COULD REALLY MEAN I DIDN’T SEE IT!!

OOPA silently forces Posters to have false expectations. Some post with preconceived notions of the response. It’s when nobody likes or comments in the affirmative that people break out into a rash of craziness. No hit!!

Today my friend “liked” my post. I feel good about myself because a “like” from certain people is almost like an autograph from a celebrity. A “like” has become THE NEW AGE CELEBRITY AUTOGRAPH!!

He doesn’t know that I was mad and furious enough to stop liking his stuff, (another sign of OOPA.) I continued liking his post in hopes of him noticing mine(puff puff pass dude, really). I mean, does he think that we are here just to like his and he not reciprocate? Do I want people to be genuine in their response to my post, or am I so OOPA and I just need a hit of the “Crack like?”

You want a hit of that “Crack like?” Be honest, you want it and need it don’t you? Umma get cha high baby!! Daddy’s got what ya need!! (Let me stop I’m scaring myself!!)

Now the question becomes, what are you willing to do to get it? Maybe it’s the reason why we see, undressing, dancing, selfies, fights, and crazy talk. Going “Live” is a straight shot to the head. How dissapointed a person can become when they “go live” and no one cares to follow. It’s kinda scary out here. Many have left claiming to be cooling out for a while but, “they be back!!”

If you haven’t figured it out yet, OOPA is Other Oriented and People Approved. I kinda like the “Crack like” thing myself. Maybe somehow we have help bring some light to what I consider a new epidemic sweeping our world. At the same time, maybe it’s just me mad at my homey for not liking my stuff. Maybe the lady was right, I saw it, but refused to like it because I really don’t like her and I’m jealous of her? You figure it out, I have a headache!!