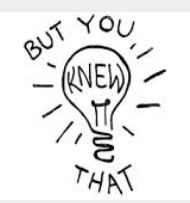 GREATNESS: WHAT YOU WERE RIGHT ABOUT FIVE MINUTES AGO!!! @therealwil.com

One Sunday morning, I was preaching before the congregation and I thought I was doing a pretty good job. Many people were responding to the preached word, but I noticed that one man was just sitting and looking disgusted. As I continued to preach, it bothered me more and more that he would not say Amen. When I finally preached something that he agreed to, he shouted, “He’s right!” Before I knew it, I shouted right back at him, “I was right five minutes ago!!

It is very important and imperative for you to believe in YOURSELF. Not only must you believe in yourself, but you must BELIEVE IN YOU, long before others recognize your gift and ability.

Here are some reasons why you must believe in yourself at least five minutes before others recognize it:

1. Some people will NEVER recognize it.

2. Some people will recognize it, but will be too angry, jealous, and envious to admit it.

3. Gifted People that went on to do GREAT THINGS publicly, ALREADY KNEW they had something within them prior to the discovery by others.

Sometimes it’s an idea or an undeveloped thought. The point is, it was within you and you believed it at least five minutes ago.

4. The source that fuels your FIRE can never reside in people. The fuel of motivation that others provide, will never be consistent or available enough for you to bank on.

FUEL YOUR OWN FIRE!!

5. NEVER WAIT for others to validate, motivate, activate, or give permission for you to operate in the GREATNESS GOD placed in you.

Most overnight success stories are lived out by people who have been doing it years before discovery.

I think YOU are GREAT at something. The truth is YOU were born with it. Of course, you knew this five minutes ago right?