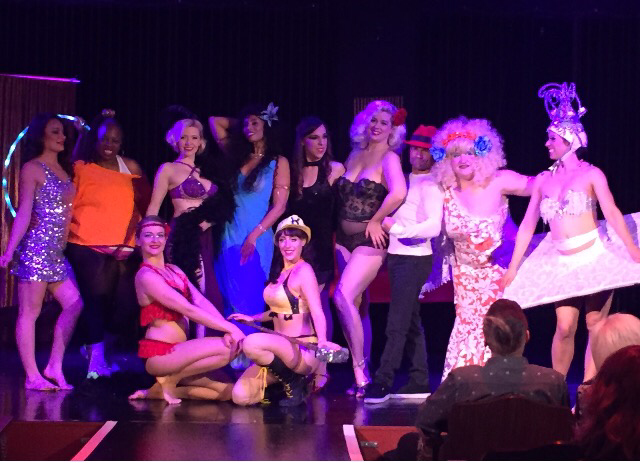 Who is The Real Circus and Side Show!!!

I had a chance to go to a burlesque show off the strip in Las Vegas. It was actually in the back of a small novelty shop. You would have never known there was a stage and seats back there. The only thing that gave it away was the small sign hanging around the mannequin’s neck out front that read, “Show tonight at 9pm.” That’s right, I paid the fare to take this ride of a lifetime. I purchased a few beverages and popcorn, sat down, located the exits, and prepared to enjoy myself. When the lights came on and the curtain went up, what a show it was. I was blown away at the different acts and people that were performing that night. I said to myself, this must be a small community of weird people who could not make it on the Vegas show strip, so they come down here to these small hidden places to work to survive. I assume, some stuff you just can’t put on your resume and expect an instant call back. Fire swallowing and knife throwing don’t sit on the top of the list for marketable skills.

To my amazement, these people were not as previously labeled, Sin city’s outcast and misfits. I learned that day that these were really just people gifted differently than the masses.

A juggler a man that could balance himself on a wire, a clown, a plate twirler, a magician and illusionist, a dancing couple, a contortionist, and on and on. To the outside world, these people have been labeled falsely as strange, delusional, and mental. At one point, I said to myself, if I am back here with these people, maybe I am crazy too.

When the show started, I must confess I was a bit startled. The “wow factor” seemed to be the goal they were headed for. They achieved it with me!! I saw things that I had never before been privy to. My belief system was challenged often throughout the program but the popcorn was great. I should have taken at least half of my pill before I left the hotel. It would have made things a bit more palatable.

All jokes aside, I learned some very interesting lessons that day in Kooky land. I have to add that I was offered to come out up on stage and compete. Why is everybody cheering me on? I declined because my mind kept saying, “You are going to be videoed and placed on social media. How will you explain this to the church? I know the saying is, “What goes on in Vegas, stays in Vegas,” but I wasn’t interested in being the first to violate the rule. I opted out from the dance with the six foot something EX-WRESTLER! She was good though. She had moves like Jagger. I’m not sure what startled me, the purple eye shadow, the rapist stare, or the fact that she would have her way with me in front of a crowd of fifty. Being placed in a wrestler’s choker hold was not my idea of a good time. Let’s change the subject. I chill just went through me.

I learned that these people were actually lawyers, doctors, businessmen and women, parents, great neighbors and more.

After a while, I no longer questioned them, but now I’m looking at our world. I now have real critical questions for a critical world. It is amazing to me how this world seeks to always limit, label, and dismiss people that they do not understand.

Dave Chapelle once said that labeling people is dismissive and I agree. Just because you don’t look like everybody else, or have the same talents and gifts, does not mean that you should be treated as a substandard person or citizen.

I began to take a good look at the performers and wrote down a few observations.

WHO IS THE REAL CLOWN?  A clown is the performer that purposely dawns make-up, a red nose, big shoes and baggy clothes. In addition, he perfects tricks to bring humor to the audience. So, who is the the real clown? Clyde the Vegas clown or the people in society who wake up and fake happiness everyday of their lives.

Carla the contortionist- a lawyer by day but at night, Carla can look at a small box and begin to figure out ways to maneuver her own body to make it fit into that box. So, who’s the sideshow? Carla or the person who cannot adapt to change and refuses to be flexible to the changes in life? The person who continue to do the same thing looking for a different result? I think not Carla.

What about Jim the juggler? I know to the world he is just a clown juggling balls and pins while balancing himself one leg, but is he the clown? Jim can balance and manage several things at one time on each hand. He is not stressed or overwhelmed. As a matter of fact, his show is amazing because just when you think Jim cannot handle any more, he ask for one more thing to be thrown in the mix. Out of the same mouth of the person that labels Jim a sideshow misfit, is a person who complains because they can’t handle the basics of what life throws at them.

With Lenny the knife thrower, I see focus, Sarah and Taj, the dancers, I see practice, coordination, and a desire for a flawless performance. Now Minnie does a thing with pasties and tassels. I can’t help but imagine that it takes some real time in the mirror to get the tassels going in the right direction. I could be wrong but at least she is offering the best she has and is at peace with her time in the mirror.

I know far too many people who hate themselves and they way they look. They spend everything they own trying to please people who don’t care.

Critical people kill me……….Who is really the side shoe attraction? Maybe we should buy a beverage, some popcorn, and pull up a seat outside your life and watch you?