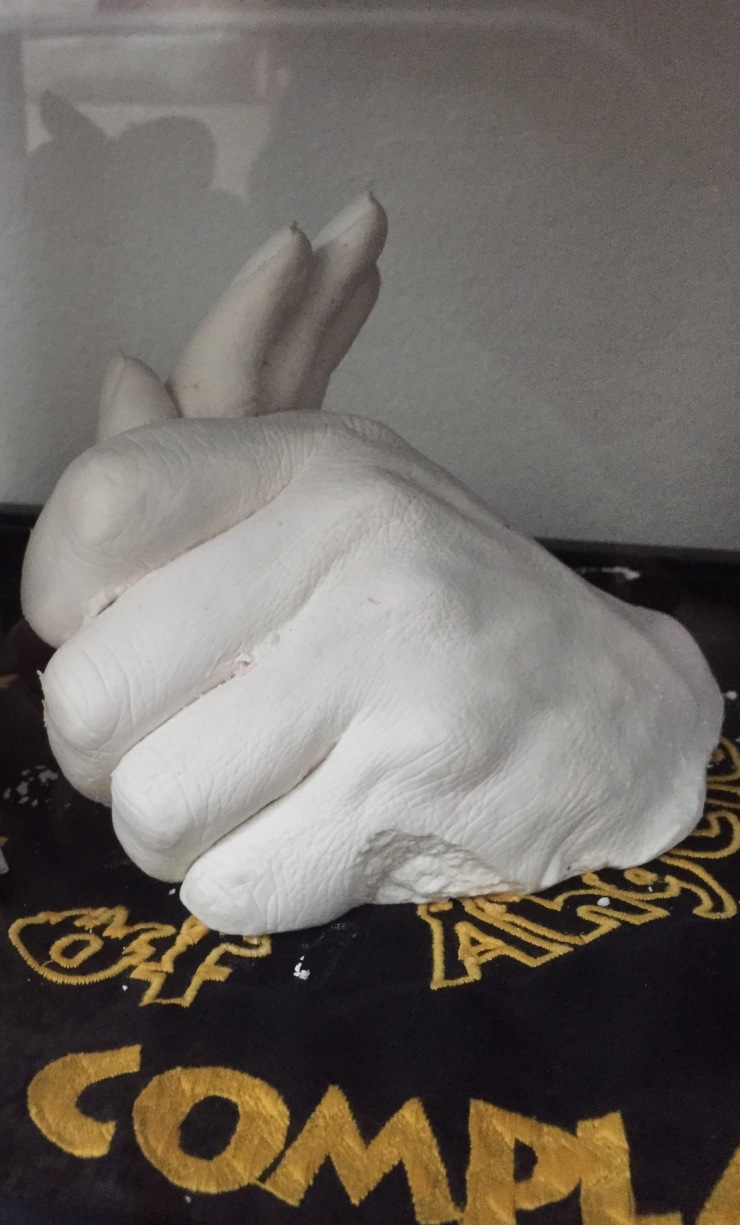 ABLE is defined as having necessary power, skill, resources, or qualifications.

ABLE HANDS are hands that can handle it!!

The doctor said, “You are more than welcome to stay here until he expires. It hit me like a ton of bricks. The other Doctor came in and said, “Based upon the length of time he spends sleeping and the number of breaths he is taking, it could be days.” I said, “Easy Doc, Go easy with those word.” She said, “I am just trying to be honest. Take him home or stay in the hospital? What a tough decision. I called my Dad. He said, “Do what you feel is best.” Instead of bringing him home to pass, I decided that to stay in the company of medical staff and doctors would be our best option. I could not imagine myself and Angelo being alone at home trying to navigate him through transitioning. I would have struggled with regrets. To my surprise, Angelo said that he was ok with the decision to stay.

In making the decision, I understood that we would, or at least he for sure, would never leave the hospital again. Never would mean, that he wouldn’t get to drive his dream car again, go to the mall, or even sleep in his own bed again. It was a tough pill for me to swallow and I thought it would be an even harder one for him to accept. Somehow he was fine with it. You can never underestimate the ability of a person going through to get it. He heard it and he got it.

To make our stay interesting, We took the wheel chair out one day and rode through the hospital to see the huge Christmas tree and decorations. When it was time to go back, he really didn’t want to. We rode through the snack bar for drinks, the gift shop, and down the long hallways, until he was ready to go back. We pulled in and parked the wheelchair, got him back in bed and he dozed off quickly.

As he began to decline physically, I noticed the loss of his motor skills. Angelo has always been an independent person. I cannot even count how many times he said to me, DAD, I GOT IT!! As a parent, we work for prevention sake. We are trying to fix it so things don’t go wrong. He would find it so easy to remind me that he could confidently do whatever his assignment was. When he would fail, he would jokingly guilt me by saying, “Well, everybody makes mistakes Dad!” Momma said, “I just don’t want him to suffer long.” At first, I didn’t like hearing it because it sounded like she was rushing the process. As things began to get worse, I understood what Momma was trying to say. When a person loses their independence and mobility, along goes some of their personal dignity. It has to be frustrating to anyone, when they can no longer do for themselves and continue the things they use to do. That suffering can sometimes be worse than the illness they are battling.

This entire time, Angelo has defied the doctor’s dates and expectations of the Hospice Care folks. He never stayed at home long enough for them to do weekly visits. When they would ring the bell, I would simply lean over the balcony and say, “He’s not here, he’s at the mall or the barbershop.”

This became the time that we would have to accept Hospice care. I figured they had chased us long enough.

I told a friend of mine, ” I understand clearly what Hospice means!” This means that Angelo and I will go into a room, never to leave again. I began noticing all of the last things about this trip. After we agreed to stay, I drove two hours home to pick up more clothes for our extended stay. As I closed and locked my door, I said to myself, the next time I come home it will be without Angelo. My trip back to Indianapolis was my last trip of us together. I was clear, when we walk into this room, he will never leave out again. How do you say this to someone? I was at lost for words, so I just simply sought to live it one day at a time with internal secret.

I said, ” I am going into this room with Angelo and I am not leaving until Jesus comes to get him. I will not leave him in Doctor’s hands, nurses’ hands, or family member’s hands, ABLE HANDS are required.” I sat everyday waiting for the Master to come. Thank God for Tiana, Ben, Skye, and others for being present. It was my assignment and my commitment that I aimed to keep. Why we first received the news that Angelo had cancer, we cleared the room. I said to him, “I cannot change anything about this cancer stuff, nor can I take it away. I can promise you that I will be here with you every step of the way.” With peace in my heart, I can say that I kept my word. The other day, I went to his bedside and held his hand. We witnessed an exchange from life on this side, to life on the other side. We watched him close his eyes on this side and yet open them on the other side. Above and beyond all of that, I felt a gentle tug and Angelo released my hand and grab the Lord’s hand. I didn’t fight it because I knew HE was coming to get him.

One day prior to Angelo’s departure, we made a ceramic mold of us holding hands. I named it, UNBREAKABLE BOND!! I recognize that the only hands better than mine can only belong to the Lord.

HIS HANDS ARE ABLE HANDS!!

The BEST HANDS I know of, are the HANDS OF JESUS!!

I place myself in HIS HANDS AS WELL!! THEY MAKE FOR